Leader in Islam has a dual function that must be implemented integrally. First, is to carry out the function as a leader, which is to replace the prophetic mission in order to keep al-din (likhilafati al-nubuwah kharosati fi al-din). Second, managerial functions, which regulate the organization of worldly affairs (fi syiyasati al-dunya) (Imam al-Mawardi).
Humans were presented to the earth is as abdullah and khalifatullah fi al-ard. The two roles can not be separated, as abdullah duties become Caliph and the Caliphate is in order abdullah. The two faces of the same coin. On earth there is soil, water, air, flora, fauna, etc., and humans. So the duty of man is to manage and lead fellow human nature. And each individual should be responsible.
The Word of God:
“Remember when your Lord said to the angels:” I am going to make a vicegerent on earth. ” They said: “Why do you want to make (caliph) therein one who will make mischief therein and shed blood, while we always exalt with the praise you and purify you?” Lord said: “Look, I know what you do not know.” (Surah 2:30) 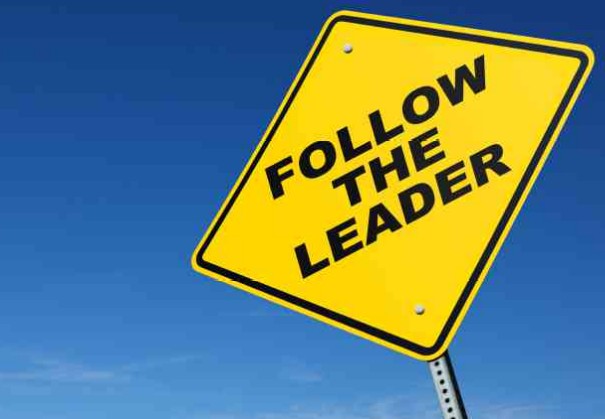 Caliph is because the task of serving God (abdullah), because it is a true leader of God. Submission and obedience to God’s true. Man is destined as a social creature, it must and can only work in the congregation (group). There was no success itself. In each group required to have a leader.
Small group such as family or group in traveling, as well as a large group for example an institution, tribe or nation there should be one person to be the leader. To get the right leader, then it should follow the guidance of Allah and His Messenger.
Muhammad Rasulullah Saw. Supreme Leader of mankind is to be followed by compliance and obedience of all human beings and all human groups. Then all human group leader must obey Allah and His Messenger. The group leader that submission and obedience to Allah and His Messenger should be obeyed by all members of the group.
The Word of God:
“O ye who believe, obey Allah and obey His Messenger, and ulil with authority among you. Then if you differ on anything, then give back it to Allah (Quran) and the Prophet (Sunnah), if you truly believe in Allah and the Last Day. That is more important and a better result. “(Qur’an, 4: 59)
Anyone who takes the helm than Allah and His Messenger, the leader is a devil. Anyone who makes infidels as a friend then they were among them.
Choosing Jews and the Christians as a leader is forbidden,
His words:
“O ye who believe! Take not the Jews and the Christians as leaders (mu); some of them are the leaders for sebahagian others. Whoever among you takes them as leaders, then surely that person belonged to them. Indeed, Allah does not guide the unjust people. “(Sura 5: 51)
Making disbelievers as guardians, protectors, helpers, loyal friend is also forbidden. (Surah 3:28; 3: 118; 4:89; 4: 139; 4: 144; 9:16)
In the case of Muhammad Rasulullah Saw leadership, at least there are two important things that can be used as a standard of leadership Islami, Al Amin and Uswah.
Al Amin would be easier to explain if we understand it as credible, that a leader who can be trusted to carry out any task successfully. Success is based on attitude and professional work as the embodiment of piety, as well as visionary leadership, because of its ability to look at things far into the future.
Uswah is the image as a leader with integrity itself entirely trustworthy and can be imitated by anyone, and anyone who imitate their afterlife world is guaranteed to be successful. Including integrity as a leader, he is a teacher (Java: can digugu emulated lan), a role model and a trendsetter.
The world is now in chaos, occupation, robbery, pemaksiatan, injustice, and so extended to all corners of the earth, not least in our country. Muslims have been the danger of hubb ad dunya, because it is increasingly oppressed, difficult to find a credible leader figure (Al Amin) and be a role model (Uswah). The Islamic world is experiencing a leadership crisis. Time for us in the world of Islamic education to prepare the cadres of Indonesia and world leadership.
Glorious civilization will only be present in the Islamic leadership. Islamic Leadership is leadership submissive and obedient to the leadership of Allah and His Messenger, Muhammad Saw.